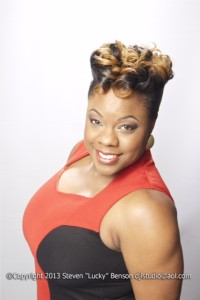 Tuwisha D. Rogers is a creative problem solver and owner of the Wish Factor. She enjoys creating inspirational and inventive ideas for people who want to grow their business. Prior beginning her own consulting firm, Rogers was vice president of client services for EGAMI Consulting Group Inc. She also has performed the role of public relations manager to Randal Pinkett, Ph.D., CEO of BCT Partners LLC and a 2005 winner of NBC’s The Apprentice television show. Rogers credits Pinkett with teaching her valuable lessons on leadership, management style and teamwork, which she practices today.

Rogers also worked as an account supervisor who managed the Microsoft Bing and Target accounts for Translation, a Manhattan company owned by advertising executive Steve Stoute. “It was under Stoute’s mentorship and tutelage that I discovered how to be a creative problem solver. He encouraged and challenged my strategic and creative thinking and taught me how to not limit my ideas to one-dimensional lateral thinking, but to develop three-dimensional visions instead,” she says.

Her career is a tapestry of experiences and expertise through the partnerships and work with iconic people and projects such as Realizing the Dream, a not for profit venture with Martin Luther King III. There she experienced a life time opportunity of working on the GEN II, with international team of heirs to some of the 20th century’s peacemaker legacies, such as Chavez, Gandhi, Kennedy, King, Mandela, Rabin, Trudeau and Tutu.

In addition to her career in multicultural marketing, Tuwisha was an educator at Bauder College in the Business department and Political Science at William Paterson University.

Likewise, she serves as speaker and facilitates workshops for public schools, colleges and organizations on the topics such as personal branding, academic development and community partnerships.

As a community servant she is currently on the board of trustee and committee chair for Planned Parenthood of Metropolitan New Jersey and Momentum Teens. She is also a Leadership Newark Fellow and a proud graduate of Prudential Young Entrepreneur program. Additionally, she is a member of Delta Sigma Theta Sorority Inc. and PI Alpha Alpha Honor society. Tuwisha has a Bachelor of Science in Marketing from William Paterson University, a Master of Public Administration in Urban Studies from the Kean University, and a NJ teaching certification. Her career and community activities have been noted as an honoree and recipient of the 2013 The Network Journal Forty Under 40.

Tuwisha firmly believes that we all serve a divine purpose and she is on the road to fulfilling her destiny of bring people together…one creative solution at a time!